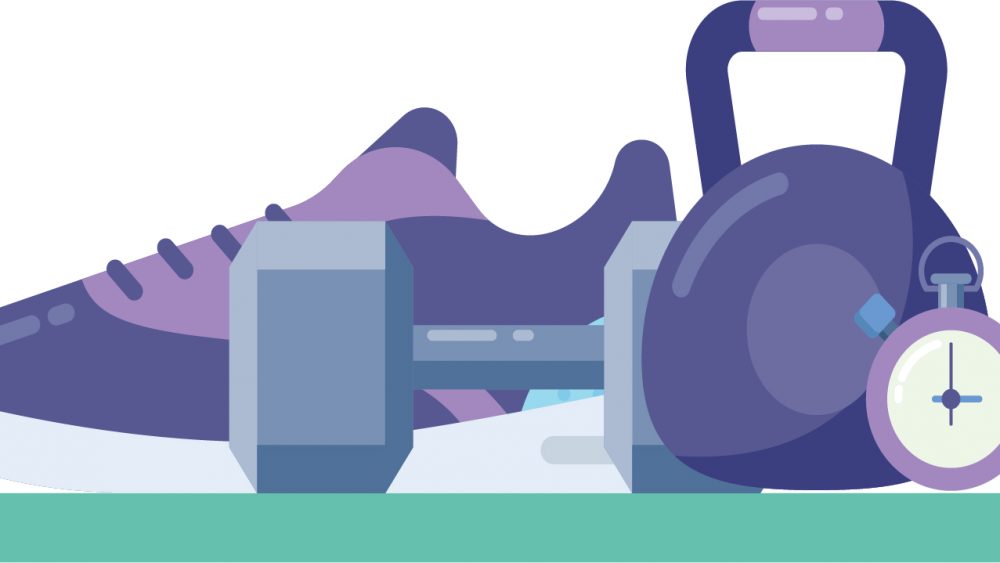 The benefits of exercise on mental health

Experts say that we should be undertaking at least 150 minutes of moderate intensity exercise per week or 75 minutes of vigorous intensity activity per week.  We already know the huge benefits exercise has on our bodies, but are you aware how beneficial exercise is on our mental health and wellbeing?

There is an abundance of studies that support the benefits of exercise on mental health, and research shows that being physically active can help reduce the effects of depression, anxiety, and stress.

Studies have shown that people who exercise have lower levels of the stress hormones (cortisol and epinephrine) after engaging in physical activity.

Exercise is also known to boost the neurotransmitter norepinephrine which helps the body deal with the physical symptoms that stress and worrying creates.

Exercise can help fight depression because it promotes changes in the brain such as neural growth, reduced inflammation and activity patterns that encourage feelings of wellbeing.

Exercise not only releases endorphins to make you feel good, it can act as a distraction and allows time to stop the cycle of negative thoughts that can feed depression.

Exercise is a natural and effective anti-anxiety treatment; this is because it helps to reduce tension and stress and it boosts energy and improves mental wellbeing. Researchers have found that aerobic exercise can stimulate anti-anxiety effects after just five minutes.

Adding a mindful aspect into your exercise by focusing on your body and how it feels when exercising can interrupt the flow of anxiety and worry.

As exercise boosts neurotransmitters that affect concentration, memory, and attention (norepinephrine, dopamine, and serotonin), physical activity is one of the most effective ways to reduce the symptoms of ADHD.  Studies show that exercise works in a similar way as prescribed medications (such as Ritalin and Adderall) to treat ADHD.

Focusing on the body and how it feels during exercise will help the nervous system become ‘unstuck’ and begin to move out of the immobilisation stress response.  Instead of letting the mind wander during exercise, pay attention to the physical sensations experienced.  Studies have reported that any form of exercise that encourages cross movement of both arms and legs (e.g. walking in sand, dancing) can reduce the symptoms of PTSD.

Physical activity is an investment in your mind, body, and soul. Exercise can increase your self-worth and can help you feel empowered.  After exercising you can feel a greater sense of self-achievement and it also helps you to feel better about your appearance by promoting a more positive self-image.

Exercise can regulate your sleep patterns; even short bursts of physical activity can help improve your sleep.  Exercise does, in fact, help you fall asleep more quickly and it enhances sleep quality.

Increasing your heart rate will help increase your energy levels and improve general wellbeing. Increased productivity is noticeable within weeks of starting an exercise routine.  When you feel energised you are more productive and effective at tasks.

Being physically active can help when faced with mental or emotional challenges. It can help you cope in a healthier way, instead of resorting to alcohol, drugs, or negative behaviours. Exercise supports the immune system by reducing the impact of stress and helping you to build inner strength.